The workshop will be held on January 15, 2019, and is being offered free of charge thanks to support from the New Field Foundation Seeds, Soil and Culture Fund. Pre-registration is requested.  https://seedalliance.org/events/seed-production-mt-vernon/

The North American Sustainable Foods Summit will be hosted in San Francisco on 16-17th January 2019. Other editions in this international series will take place in Latin America (São Paulo, 29-30th November), Europe (Amsterdam, 13-14th June 2019) and the Asia-Pacific. Each edition will bring together some of the most influential organizations involved in sustainability and eco-labels in the food industry.

Organized by Ecovia Intelligence (formerly Organic Monitor), the Sustainable Foods Summit is a climate-neutral event. The carbon footprint of each edition is determined by calculating the carbon and greenhouses gases. These emissions are offset by investing in soil composting and / or related projects. 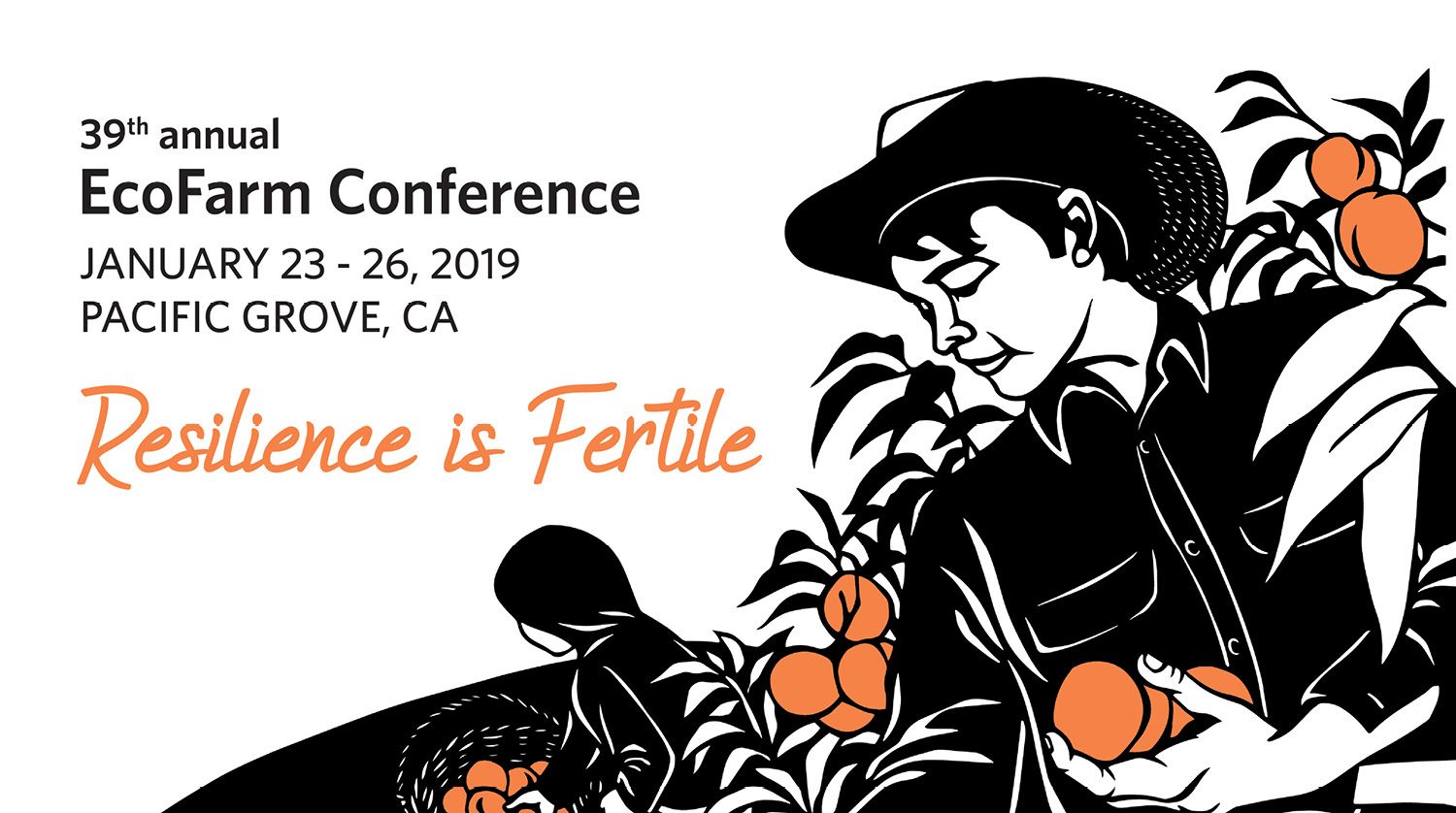 As the oldest and largest organic farming conference in the West, EcoFarm is a prime networking and educational hub for farmers, ranchers, distributors, retailers, activists, researchers, and educators.  https://eco-farm.org/conference


Quilter's Comfort, L.A.O. Organics is a member if Indiana Grown featuring their certified organic nightshade free seasonings and herbal teas.  Another local,Wilderlove Farm, a family farm organically growing vegetables on approximately 1/4 of an acre also became a member of Indiana Grown in October. 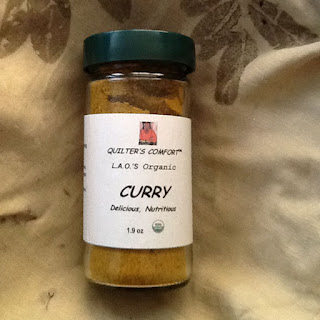 Indiana Grown is a state initiative that promotes growers of all types, food and beverage producers, sellers and agritourism. Its members include a wide variety of farmers, farmers markets, distributors, producers, processors, wineries, breweries, artisans, as well as retailers, grocers, hospitals, restaurants and more.

Quilter's Comfort is also a new member of Equity at the Table (EATT) -  an easy-to-navigate database for food industry professionals featuring only women/gender non-conforming individuals and focusing primarily on POC and the LGBTQ community. 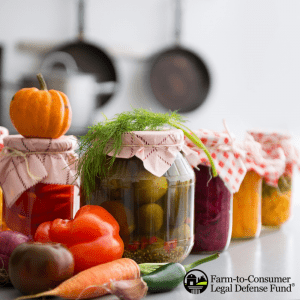 Indiana Senator Greg Walker announced that he will propose The Indiana Freedom in Homemade Food Contracting Act, also known as The Indiana Food Freedom Act, in the upcoming session of the Indiana State Legislature. The Indiana Food Freedom Act seeks to allow small-scale producers to make foods for sale in their home (or farm) kitchens, creating greater access for consumers to healthy, local foods. Additionally, advocates of the bill anticipate it will offer a boost to the agricultural economy and encourage sales for ranchers, farms, and home-based producers.

This bill will take a somewhat different approach from other food freedom bills in that it will require a formal, contractual agreement between the producers and consumers permitting the sale of foods prepared in unlicensed and uninspected private kitchens and farms. The contract will have to be signed and notarized, and there will be a one-week waiting period between the signing and any food exchanging hands. This requirement is presumably intended to address some of the common objections to food freedom bills by creating a barrier to so-called more casual transactions where consumers have not had time for significant thought before purchasing.

The Indiana Food Freedom Act is the latest legislative effort to strengthen Indiana’s local food system. In 2014 Indiana passed Senate Bill 179 (SB 179), known as The Poultry Bill, which expands on-farm poultry processing in the state; the bill also eliminated regulation from county health departments over poultry, rabbit, and egg sales direct to the consumer. Additionally, Indiana has legalized the on-farm slaughter and processing of rabbits and amended a regulation on wild pigs ensuring that heritage breed hog farmers are no longer a potential target of the law.

Food freedom and cottage food laws are designed to free small-batch producers from the often arduous licensing requirements required of larger commercial operations, as long as they are selling direct to consumers. These laws recognize that direct producer-to-consumer transactions have a transparency and accountability that is not present when food is produced and distributed on a massive scale. Consider that all of the major recalls and large-scale outbreaks have occurred in the conventional system, under inspection by the Food and Drug Administration (FDA), United States Department of Agriculture (USDA), or their state agency equivalents. Re-connecting food producers and consumers and decentralizing our food system restores integrity and increases food safety in the long run.

If you live in Indiana, you can help this bill become a reality! Find out who your State Representative and Senator are at www.iga.in.gov. Then call their offices and urge them to support the food freedom bill in the upcoming legislative session. And stay in contact with their office throughout the session because building a relationship with your legislators is vital to successful, long-term change.

If you’re in another state and know of a good bill (whether it is to promote cottage foods, food freedom, raw milk, egg sales, or other), let us know! We’ll help spread the word and generate grassroots support for it. For members, FTCLDF also offers consultations on policy development and strategy.

YOUR FUND AT WORK

Services provided by FTCLDF go beyond legal representation for members in court cases.
Educational and policy work also provide an avenue for FTCLDF to build grassroots activism to create the most favorable regulatory climate possible. In addition to advising on bill language, FTCLDF supports favorable legislation via action alerts and social media outreach.
You can help FTCLDF by becoming a member or donating today.

Anyone wanting to make a contribution to support the work of FTCLDF can donate/find out more or join us today!
Posted by Local Food Fairy at 12:39 PM 2 comments:

- Bloomingfoods and Coop was founded in 1975 and laid the foundation for the mega organics and bulk foods now being sold and consumed in Bloomington, Indiana and in most other communities across the nation.  Everyone realizes that Bfoods is in a major shift time.  What happens to the foundation of healthier foods truly depends upon the community of its members.  Even if you have been hurt by some past experience, that is just it, a past experience.  Let’s all grow on and up otherwise we step aside and allow mega corporation dollars to roll over the foundations of local foods in communities as it forces its way across the nation.

Those very same corporations that now have their own organic brands previously spent huge sums of money working to deflect  and destroy coops, organic standards and GMO regulations for the healthy foods markets here and in other countries.

The Coop is a store that has played a role in supporting some local growers and farmers and vendors and made the welfare of growers everywhere a priority.  Bloomingfoods created educational and community opportunities fostering the understanding of healthy food for healthy people and healthy community.  For decades Bloomingfoods has nurtured the seeds of sustainable community.

I asked a few folks to tell me a couple of good things and here is some of what was offered.

I appreciate Bloomingfoods because :
-- Bloomingfoods is locally owned, by its members.  This is just one thing, or maybe two,
-- it's the one that matters most, and that no big chain can match
--it is earthy and offers community and a sense of belonging
-- there is so much for shoppers and members to like:
---I can buy favorite foods, even kombu from Japan!
--It is a store where you LOVE to run into friends
--of the fact that Bfoods is of the community, for the community
--the staff for whom this is more than a job
--the comforting scale of the buildings
-- I have seen little children grown up shopping with their parents and then take their
first jobs there
--of the bulk foods section
-- if I don't like something about Bloomingfoods, I have the power to try to change it
through the democratic process.  How much power you have depends on whether
others agree with me, and how involved I'm willing to get. The decisions in national
chains are made who-knows-where, to profit the owners or shareholders; if it's
profitable to close a community's only natural-foods store, for instance, they'll do it.
--It matters that Bloomingfoods is owned and run by members of our community.
--that it is a welcoming place
--it is ours
--it is a welcoming safe place for my children
--the big variety of local and organic foods
--the affordable and delicious deli
--good food equals good health which equals longer life expectancy
--co-op is an opportunity to guide our youth in cooperative principles they may not
receive elsewhere in their education
--It is a place that has supported local growers and producers educating the larger
community regarding health and community benefits of locally grown food.
--that it helped educate this city to the amazing health benefits of food.
--  it has helped the community to develop an infrastructure toward sustainability.
-- it has the good old co-op feeling!
--of the fact that it connects personally to so many peoples’ story and a gem that you
can still come home to, though very different, you can still come home.

Bloomingfoods Coop has offered and continues to create employment opportunities that connects community through owner membership and education and this has been part of the national muscle that works to educate and obtain protective regulations regarding organics, GMO’s, Monsanto’s pesticides and food labeling.  Our Coop has been invaluable in community building and local foods education in particular and the organization worked diligently with local groups and individuals to develop and strengthen our local Farmers Market, Tuesday and Wednesday Farmers Market as well as the Winter Farmers Market.

Bloomingfoods Coop is here because a small group of local people received a loan from, I think Cathy Canada, a then local because they valued having healthy organic and bulk foods available in the community.  Cooperative membership has grown to more than twelve thousand member owners.  These members and the community at large will decide what happens to the mother and father of organics, bulk and whole foods in Bloomington.

I hope that every small business is paying attention because this pattern of destroying or neglecting locally owned small businesses in favor of those with large purses is truly death to communities.  Check out what membership means at Bloomingfoods Coop https://www.bloomingfoods.coop/members/

I want to believe that people in this and other community’s want more connections with their foods than a faceless corporation can ever give.  I hope that the people here want stores that nurture and ultimately will try to stay within our community when times are tough.

I hope that you will share into the larger community your reasons for why Bloomingfoods matters.

I am member #244 and I think that the Coop matters.

When given the choice, honey bee foragers prefer to collect sugar syrup laced with the fungicide chlorothalonil over sugar syrup alone, researchers report in the journal Scientific Reports.
The puzzling finding comes on the heels of other studies linking fungicides to declines in honey bee and wild bee populations. One recent study, for example, found parallels between the use of chlorothalonil and the presence of Nosema bombi, a fungal parasite, in bumble bees. Greater chlorothalonil use also was linked to range contractions in four declining bumble bee species.
Other research has shown that European honey bees have a very limited repertoire of detoxifying enzymes and that exposure to one potentially toxic compound -- including fungicides -- can interfere with their ability to metabolize others.
"People assume that fungicides affect only fungi," said University of Illinois entomology professor and department head May Berenbaum, who led the new research with postdoctoral researcher Ling-Hsiu Liao. "But fungi are much more closely related to animals than they are to plants. And toxins that disrupt physiological processes in fungi can also potentially affect them in animals, including insects."
Continue Reading.

NOTE:  The annual Local Food News Updatefood update is underway!
We hope that this is a great New Year for all creatures!

Posted by Local Food Fairy at 8:16 AM No comments: